Everything Must Finally Fall
By Declan Clarke
The Niland Gallery
Lower Merchants Road
12th-28th May 2011
Opening reception Thursday, May 12th 6-8pm
Engage Art Studios is pleased to present the work of Declan Clarke at The Niland Gallery. The show will consist of the three video works: 'Red Moon', 'Everything Must Finally Fall' and 'Nothing Human is Alien to Me'.
Clarke’s work is thoughtful and nostalgic, exploring the fleeting symbols and derelict statues of power, particularly the iconography of the Soviet Union and Eastern Bloc. Sarah Pierce writes: “Much of Clarke's work connects his interest in political/socialist history with contrasting personal encounters with communism and it is through these connections that Clarke incites a contest between political stories and personal lives that is at the crux of any notion of ‘representation’”
In 'Red Moon' New York passersby are asked if they know who Yuri Gagarin is. The video then travels to the site of the former Soviet space museum and ultimately reflects on the once optimistic look to expansion. In 'Everything Must Finally Fall' a plane pulling the words ‘I Have Doubts’ is flown over a city. With 'Nothing Human is Alien to Me' Clarke became interested in the processes of erasing the past. In the immediate wake of the collapse of European Communism many cities, Berlin in particular, chose to quickly eradicate any evidence of the former regimes.
Declan Clarke was born in 1974 and studied at NCAD and Chelsea College of Art, London. Recent solo exhibitions include We'll Be This Way Until the End of the World, Mother's Tankstation, Dublin 2011; Loneliness in West Germany, Goethe Institut, Dublin; Declan Clarke & Derek Jarman Serpentine Cinema, Serpentine Gallery at The Gate Cinema, London 2009; Nothing Human is Alien to Me, Pierogi, Leipzig, 2008; Mine are of Trouble, Four Gallery, Dublin, Trauma and Romance, Gallery 3 off-site project, The Douglas Hyde Gallery, Dublin both 2006.
Recent group exhibitions include We Are Grammar, Pratt Manhattan Gallery, New York; Der Menchen Klee, KIT Kunstverein, Dsseldorf; Ayn Rand | Wilhelm Reich, Essays and Observations, Berlin all 2011, Auto-Kino! Curated by Phil Collins, Temporare Kunshalle, Berlin, 2010; UR NOW Whitstable Biennale, Whitstable, UK; Our Time, Smallpox, Lisbon, 2009; 10,000 to 50, Irish Museum of Modern Art, Through the Lens, Beijing Art Museum of Imperial City, Beijing, China, both 2008; Left Pop, Second Moscow Biennial, Moscow Museum of Modern Art, 2007; Duncan Cambell, Declan Clarke & Emily Wardill, Art Now, Tate Britain, London. In May 2010 his work was included in the Migrating Forms Underground Film Festival, New York.
The Niland Gallery is open Friday and Saturday from 12 til 5pm or by appointment.
The Niland Gallery is an Engage Art Studios project and is made possible by the generous support of the Niland family and the Arts Council.
--

What are you thinking?
A group show of Adapt Galway members
The Niland Gallery
Lower Merchant’s Road
14 April – 7 May 2011

A collaborative exhibition will be held in the Niland Galley, Merchants Road, curated by  Austin Ivers, lecturer in GMIT.  The artist-led groups supporting Adapt Galway are represented in the exhibition by the artists: Eimearjean McCormack, Laura brennan, Jim Ricks, Mara Sola, Lisa Ryder, Eimear Twomey, Simon Fleming, Christiaan Von Nuland, Paul Maye, Lisa Sweeney, Lisa O Donnell, Caroline Moran, Ann O Byrne, Eilis Carthy and Maeve Curtis.
Adapt Galway is a coalition of visual arts organisations. These groups are working together to create a united vision for the visual arts in Galway. Adapt Galway is comprised of representatives from and supported by Engage Art Studios, Knee Jerk, 126 Artist-Run Gallery, Ground Works Studios, Lorg Printmakers, Artspace and A-Merge, and has been endorsed by Tulca Season of Visual Art, Average Arts, MART, Féach Steering Committee, Live@EIGHT and more. Adapt welcomes the support of other interested organization involved with visual arts in Galway.
Adapt Galway supports the the use of city ‘slack spaces’ for creative purposes, the development of a purpose-built Galway centre for contemporary art, the re-purposing of the derelict Connaught Laundry as a working arts studio and sculpture facility, an festival of independent art organisations and progressive reform to arts funding.
The Niland Gallery is an Engage Art Studios project and is made possible by the generous support of the Niland family and the Arts Council.
www.adaptgalway.com
--

Tulca 2010: Living on the Edge: People, Place & Possibilitywith Engage Art Studios at The Niland Gallery
Galway
November 6th - 21st, 2010
Tulca Festival of Visual Arts 2010 will present the work of over 40 national and international artists across 8 venues and public spaces in Galway city and will include a hectic programme of workshops, talks and live performances. Now in it's 9th year, Tulca will run for 2 weeks, from the 6th of November to the 21st of November.

Engage Art Studios is an artist-run studio space in Galway city centre.  Engage supports ambitious contemporary artists in a professional environment.  Artists hail from as far away as Sweden and the US and as close as Galway City itself.  Engage members’ practices range from the emergent to the well established, and the media Engage artists work in is also diverse, including everything from performance to drawing to video to oil on canvas to sculpture to installation and more.
EimearJean McCormack has created drawings and prints based on climatic changes and contrast them against human activities contributing to land alteration.  Jennifer Cunningham’s video, Island, is about Inishlacken, a deserted island off the coast of Roundstone, Galway. It explores the themes of emigration and relocation as it addresses the island’s isolated beauty and the way that modern life has cast aside once useful objects.  Cecilia Danell shows an alternate route out to Mutton Island in a stop motion video. She references sci-fi space travel and brutalist architecture, while highlighting the lesser known sides of a structure integral to the Galway City coastline.  Rust Mountain is new work by Miriam Donohue.  Using the found object and accompanying sound, the artist works as collector, transporter, thief and as documenter of the sounds of the last docking place.  Maeve Curtis exhibits Turn, the remnant of a performative arena where the energetic and rhythmic forces of tidal currents are played out through the meeting of contesting surfaces.  Porifera is a piece by Maria brennan that explores living on in the remote ‘edge of Europe’ where the idea of self-protection and survival can become insular and isolating.  She combines the biology of sea sponges and an allegorical look at regeneration and fragmentation.
To View the Full Tulca Programme, go to www.tulca.ie
Watch us on Platform Ireland.
Read about us in the Galway City Tribune. 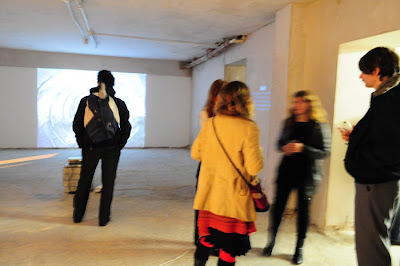 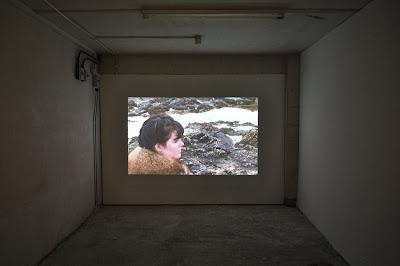 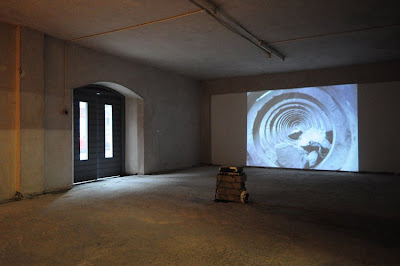 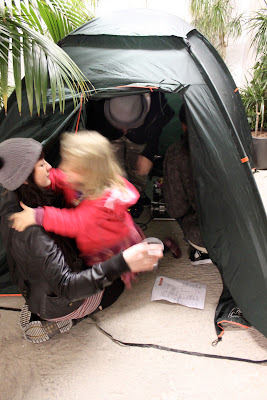 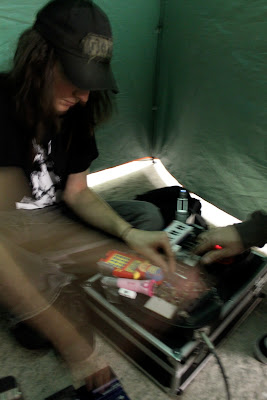 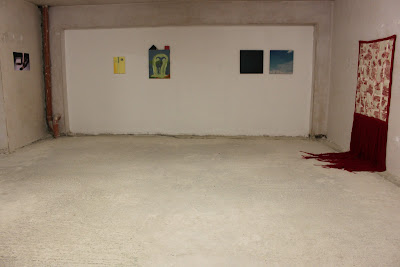 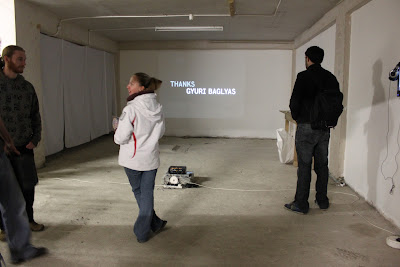 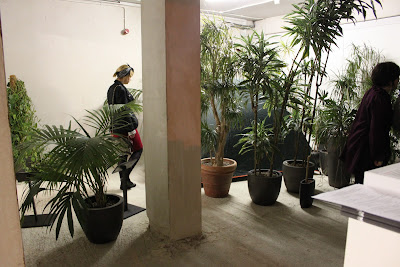 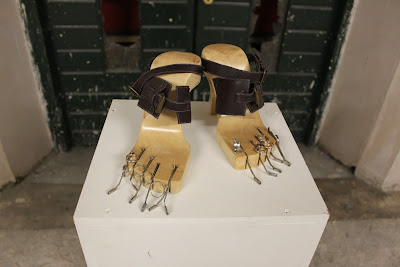 Supported by the Arts Council

The Niland Gallery was a non-commercial project/space that promoted innovative contemporary artworks and events. It was started and run on a voluntary basis by Engage Art Studios and was operated November 2010 and from April to December of 2011
The project was made possible by the generous support of Oliver Niland and the Arts Council.